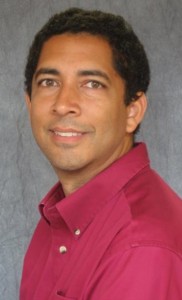 My research involves studying the behavioral ecology of arthropods, with an emphasis on sexual selection in insects. Arthropods are the most abundant and diverse group in the animal kingdom, and they occupy nearly every ecological niche in marine, freshwater and terrestrial habitats. The extraordinary evolutionary success of arthropods can be partly attributed to the remarkable diversity of mating systems, and these fascinating creatures provide many wonderful opportunities to do both field and laboratory studies. Sexual selection is an important area of behavioral ecology that explains phenomena including exaggerated male traits, female mating preferences, precopulatory courtship signals, and postcopulatory sperm selection. I am primarily interested in the reproductive behavior of arthropods, particularly species that are sexually dimorphic – that is, where strong competition for mates has ultimately lead to divergence in the appearance of males and females. The main goal of my research program is to examine how the costs and benefits of precopulatory choice and postcopulatory selection shape the evolution of mating systems, and we study a variety of insects including moths, damselflies and earwigs.

I was born in New York City and raised on Long Island, where I spent many happy days playing a variety of sports (baseball and tennis, primarily) and frustrating days cheering for the Yankees and Cowboys (prior to their triumphant, resurgent dynasties in the 1990s).  I received my Bachelor’s degree from Stanford University, where I studied butterfly feeding behavior under Dr. Carol Boggs, who gave me my first research opportunity through an undergraduate internship (REU) program at Rocky Mountain Biological Lab in Crested Butte, Colorado. I conducted my Ph.D. research in Dr. Tom Eisner’s lab in the Department of Neurobiology and Behavior at Cornell University, where I investigated the costs and benefits of mate choice in the rattlebox moth. For my complete CV, click here.

Go on ahead and throw some seeds of your own

the world into two kinds of people and those who don’t.”